How Can We Improve Healthcare Access for the Homeless? 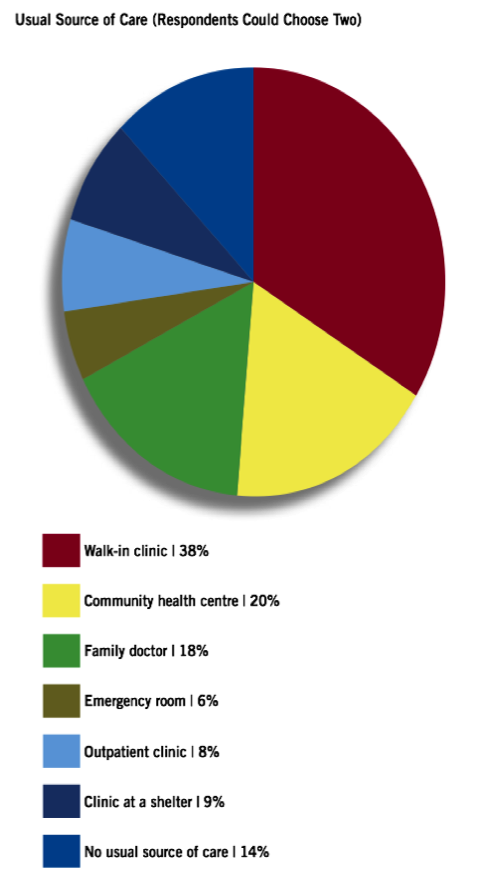 A stand-out study in Canada – although the data is getting slightly dated now – is from Street Health in Toronto, entitled “Access to Primary Health Care Among Homeless Adults in Toronto, Canada: Results from the Street Health Survey”. The report looked at the significant barriers people experiencing homelessness face when trying to access health care. One of their findings was that the longer an individual spent on the street the less likely it was that they would have a primary physician. Many homeless people rely on walk-in clinics and emergency rooms for their health care, which is a very expensive means of obtaining treatment.Shelters and homeless-serving agencies can assist by building health care treatment – through mobile clinics, street nurses or staff physicians into their overall service provision planning.

The report also found that lack of an OHIP (Ontario Health Insurance Plan) card prevented many people from obtaining necessary treatment. Reducing dependency on the ID card – through barrier-free access to health care – can greatly reduce overall spending on health care, especially if preventative measures are taken into account.

The report found that, “Half of respondents had to see a doctor or medical provider in the past year just to get forms filled in. Fifteen per cent (15%) had to see a medical staff for forms at least three times. With 72% of respondents not having a family doctor or receiving care from a community health clinic, getting all the necessary paperwork complete can be impossible.”

This short paper, titled “Homelessness and Access to Health Care: Policy Options and Considerations”, looked at “the current health situation of the homeless population in Canada, along with the characteristics of health care use among members of this group…[It provides] an overview of the various policy options that may work to effectively address the unique health issues of the homeless population.”