Residential Schools and My Journey to the Downtown Eastside

I was 6 years old when I was taken away from my parents and grandparents in Ahousat BC and forced into a residential school. The Department of Indian Affairs came to our reserve every year in the 1950’s, taking Native children away and placing them in residential schools to learn the White way of life.

In residential schools, under the federal policy of “aggressive assimilation”, we were stripped of our language, our culture, and our customs. We had to scrub ourselves clean until we were White. It is estimated that approximately 150,000 Native children were removed from our communities and forced to attend residential schools, with the last school closing only as recently as 1996.

I was forced to attend the Christie Indian Residential School and then the Mission City St. Mary’s Residential School. I felt like I was in a concentration camp. In these schools, we were punished for speaking our language. Our punishment was being kept in isolation in a dark room for the whole day. Often we would be fed food from the garbage and be forced to drink raw cow milk. We were strapped and beaten until we were too sore to stand.

If we did not get up on time in the mornings, the nuns would drag us across the floor, beat us, and make us go without breakfast. I remember every morning they would wake us up by saying: “You are not on the reserve; you are in White Man’s land. Indians are liars, filthy and good for nothing. You don’t want to live like an Indian.”

When we were silent, they made us talk. But when we talked, they did not like what we had to say and persistently hit us while repeating: “God doesn’t like you talking like that.” We were too scared to do anything. We would often go without food and there would be no activities. At nighttime we would often see the children taken out of their dorm rooms and they would come back crying and bleeding.I was incredibly lonely in the residential schools. The priests and nuns did not like us making friends with each other. Even brothers and sisters were kept apart and forced to act like strangers with one another. From the time I was placed in residential schools, I did not have a single kind word said to me. No one appreciated me for the individual I was, or the culture I came from. All I remember is being punished for anything and everything. I still have horrible flashbacks. I grew up with a tremendous amount of shame and loss of dignity. I believe that residential schools were prisons for young children.I managed to get out of residential school earlier than the other children because one day my brother managed to sneak a phone call to my grandparents and told them to come get me. The nuns had beaten me so badly across my head with a stick and a ruler that my ears would not stop bleeding. My grandparents got me out of the school for a special doctor’s visit. The doctor determined that I had permanently lost my hearing in both ears. My grandparents were furious and kept me at home, refusing to send me back to the residential school. When the school called the Indian band office looking for me, my grandparents told the school and the Indian agents that the nuns had given me a severely damaged ear. The officials hung up the phone and did not try forcing me back.When I was older, I moved to the Downtown Eastside. Almost 60% of Native people and 72% of Native women now live in urban settings with the erosion of the land base of our communities and Indian Act regulations limiting women’s access to housing on the reserves. I, too, drifted here from the Island and found work at a fish plant. Since then, this neighbourhood has become my permanent home.Like me, most people here carry deep scars. It is hard to describe all the different experiences that women have, for example the history of abuse that has brought many of us here to the DTES, the brutality of child apprehensions that many of us have borne as a direct result of poverty, the fact that many of us do not know our parents because of the legacy of residential schools and colonization has destroyed our families, the chronic and often fatal illnesses such as AIDS and Hepatitis C that break our bodies, the grief of living through the deaths of our missing and murdered sisters, and much more. People who drive by us every day to work have no idea what nightmares we live with. My heart wants to shatter when I hear some of the stories about why people have turned to drugs and alcohol.The Downtown Eastside is the poorest part of town. Low-income housing in the DTES is of such sub-standard quality that many prefer to sleep on the streets. Problems in the single-room occupancies include: absence of heat, toilets, and running water; presence of mold, bedbug infestations and rats; and illegal practices by landlords including refusal to return damage deposits, entering rooms without permission, and arbitrary evictions.In the DTES Power of Women Group, we support our people to get proper homes. The government should provide a living wage and a decent home for all people so that we have somewhere to stay and so that no one has to work the street. A lot of our young people are working for drug dealers. Women who owe drug debts have much harm come to them, sometimes even death, like the murder of 22-year old Ashley Machisknic last year. A lot of girls who have to work in the sex-trade are further abused by their clients and their pimps and often don’t get paid.And then there is the constant harassment on the street by police officers. I have seen officers walk by and kick people while they are passed out or sleeping on the street. Our people are not able to defend themselves against guns and tasers. It hurts me to see people slammed to the pavement by police officers just because they are poor and nobody cares what happens to poor people.But the hidden truth of the Downtown Eastside is that despite the poverty, criminalization, and trauma, we all care for each other and socialize with one another. Especially in the DTES Power of Women Group, where we are like one family and support the community on issues such as police brutality, child apprehensions, violence against women, and housing. Whether people are sober or high on drugs, we listen to each other’s dreams and desires to make this neighbourhood a better place for ourselves.

Stella August, from the Nuu-chah-nulth Nation, was born in 1945 in Ahousat, BC. She is a long-time resident of the Downtown Eastside. When she joined the DTES Power of Women Group she learnt that as a woman in this neighbourhood, she has a voice and a collective group through which to support her people. She is also a member of the Feb 14th Womens’ memorial march Committee.This story is part of the Downtown Eastside Power of Women “In Our Own Voices” writing project. For more information and to read more stories, please visit the: DTES Power of Women Group WebsitePhoto Credit: Luca Argalia 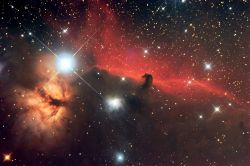