How do you, without drawing their ire, ask someone to please go indoors during this horrendous weather?
R.E.
Scarborough, ON

It’s good to be pretty upfront about something like this: “Hey there. It’s pretty cold out here, do you know about the warming centre at XX location? Can I call someone to see if they can give you a ride there?”

Unfortunately, the key of that offer is that a city has a warming centre available and that there is some kind of street outreach system available to help provide transport. In smaller communities particularly that isn’t always true.

Many outreach workers report that they are very challenged to get people to move inside, even during freezing weather like we have had so far this winter.

As a community of caring citizens, we can ask the individual directly and if turned down call a local outreach service or street patrol to get them to check on them. Provide them with warm blankets, clothing and hot beverages if they are insistent on staying outside. If you’re really worried, call 911 (a sign of hypothermia by the way, is the removal of clothing). 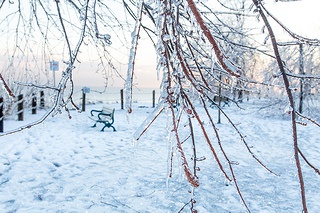 Extreme cold is definitely a danger (as is extreme heat). Last week’s low temperatures dropped so severely in some places, that flesh could freeze in just 5 minutes. While we don’t have comprehensive data in Canada it is estimated by the US-based National Coalition for the Homeless that approximately 700 people die from hypothermia each year. For a more detailed research study into weather mortality see this paper – “Extreme Weather Events, Mortality and Migration”.

In Toronto, one homeless man died during the pre-Christmas ice storm. Richard Ian Kenyon was found dead on Carlton Street outside the Loblaws store. Earlier in December homeless men were found dead in Calgary and Edmonton. Even in warmer climates such as California, deaths have been reported this winter including 4 in Santa Clara in December.

In most large Canadian municipalities you can call 211 or 311 to access information about community services including warming centres and homeless shelters. 211 is a broad resource/information line which includes non-profit operations, while 311 is a direct link to city services.

Homeless activists Cathy Crowe and Alison Kemper recently wrote an op-ed for the Toronto Star about Toronto’s failure to call a State of Emergency and how that could impact homeless people, the underhoused and people without financial resources. Nowhere is this perhaps more evident than in the case of the Toronto Community Housing Corporation building where it took two weeks for heat to be restored. The building lost power for a few days during the ice storm on December 22nd. Hot water service returned on Dec 30th and heat was restored on January 7th.

In New Jersey, Code Blue nights are declared whenever the temperature drops below 20 degrees Fahrenheit (about -7 °C). On these days each municipality must open a warming centre. However, reports from this most recent cold snap show that these centres weren’t always run effectively.

In DC there is a hypothermia hotline and many other American cities have similar resources. The website says that beginning in November, in DC “the District's Winter Plan for homeless services goes into effect. From November 1 to the end of March 31, the hypothermia season, all homeless people must be housed when the temperature falls below 32 degrees (0 °C), freezing.” By contrast, the City of Toronto doesn’t declare a Cold Alert until the temperature drops below -15 °C.