Those of us who have travelled alongside young people transitioning out of homelessness know how difficult this journey can be. Once housed, they must face the colossal task of pressing forward in the face of monumental social and economic inequities.

In The Roadmap for the Prevention of Youth Homelessness, social inclusion is identified as a key feature of housing stabilization. In other words, if we want to help young people exiting homelessness increase their chances of staying housed, we need to address intangible factors such as their experiences of exclusion and the impact this has on their identity (self-concept) alongside tangible factors such as affordable housing and living wage jobs. 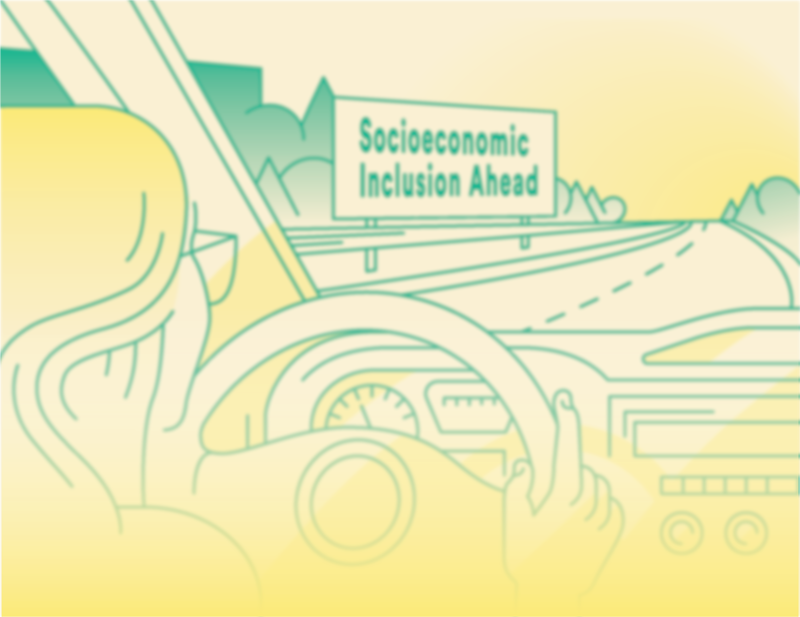 "My main takeaway is that I am the master of my own future. I feel lots more in control. I’m in the driver’s seat." - Nayah, participant

The overall aim of this research was to test whether an intervention focused on identity could improve the socioeconomic inclusion of young people who had exited homelessness.

The intervention was designed and carried out by DK Leadership – an established leadership and coaching centre in Toronto, Canada. Our research team also collaborated with Covenant House Toronto – Canada’s largest agency serving youth who have experienced or are experiencing homelessness.

Nineteen young people (aged 18 – 26) who had transitioned out of homelessness within the past three years participated in a weekly six session program focused on enhancing identity-based assets such as a sense of purpose and control, self-efficacy and self-esteem (identity capital). The program was carried out at DK Leadership headquarters – a location not associated with homelessness – which was intentional, given previous research has identified that supports located in places like homeless shelters can be well-meaning but stigmatizing.

We enrolled two groups of young people in the study. Group One (eight young people) took the program first followed by Group Two (eleven young people) three months later. We collected two types of data: quantitative (numerical) and qualitative (stories). When these types of data are combined, they create a synergistic effect, allowing researchers to gain a more nuanced understanding of how and why interventions work.

Quantitative data was collected using questionnaires we believe capture important aspects of socioeconomic inclusion: self-esteem, community integration, social connectedness, and hope. We analysed the questionnaires using a t-test for statistical significance (P < .05) and a Cohen’s d test for substantive significance (magnitude of effect). We also asked about income, education, and employment. This data was collected at baseline (before the intervention), immediately post-intervention, and then every three months for nine months post-intervention.

Highlights of our quantitative findings include:

We took the DK Leadership program with both groups of young people so we could experience the program with them. We also conducted focus groups with each group every three months for nine-months post-intervention. Two major themes came from the analysis of the focus group discussions:

Given this is a small study in a specific context these findings must be interpreted with caution. Still, we believe an intervention targeting identity capital holds promise as a way of facilitating housing stability and socioeconomic inclusion. Future work could offer a similar program with larger numbers of young people in both urban and rural locations.

This post is part of our #CAEH19 blog series which highlights research on preventing and ending homelessness that is being presented at the 2019 National Conference on Ending Homelessness, Nov 4-6 in Edmonton, AB. Learn more about Naomi's work through her presentation within the Beyond Housing – Changing the Trajectory session on Wednesday, November 6th at 10am.