The answer to the question above is a resounding yes. Women on the street face higher rates of violence than women who are housed. Aboriginal women in particular are over represented in the homeless population and are 3 times more likely than non-Aboriginal women to experience violence. Further to that women who are homeless in many, if not most instances, have histories of violence in their childhoods and/or in their adult lives prior to losing housing. In fact, fleeing domestic violence and and/or young women fleeing violent/abusive family situations is a leading contributing factor to women’s homelessness. The YWCA’s recent brief “Housing First, Women Second?” reports that the vast majority of homeless women have experienced some form of violence be it physical, sexual, emotional, community violence, intergenerational trauma as well as experiences of war. This in turn leaves women vulnerable to re-victimization on the street compounded by the violence and trauma of homelessness itself.

It is also important to reflect on some of the recent history surrounding women’s homelessness. On December 17th, 1985 in a back laneway in downtown Toronto, a homeless woman Drina Joubert, froze to death in the cab of an abandoned pick- up truck. Drina was only 41 years old and had a history of serious mental health and substance use issues. She had been making a home in the abandoned truck as she was often refused entry to the women’s shelters at that time due to drinking alcohol. Rules at shelters at that time were that if the staff could smell alcohol on someone’s breath, they could refuse admission. Drina had been in and out of the psychiatric, correctional and shelter systems for many years. While Drina’s death was deemed to be from exposure on that cold December night 28 years ago, she had also experienced the violence of being a homeless woman living on the streets of Toronto. Her death and the subsequent inquest that followed exposed a system that was fractured and lacking in terms of safe space for women experiencing homelessness. 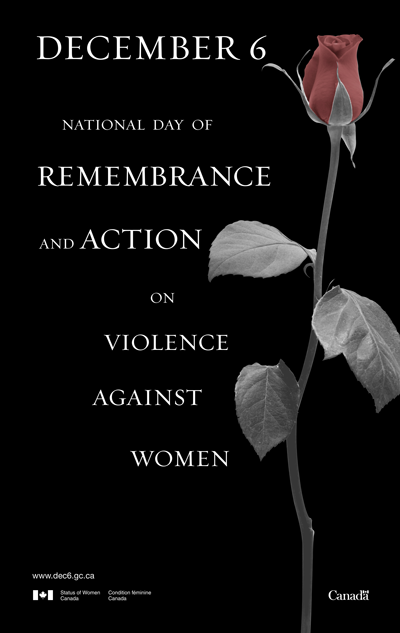 Forward ahead to 2013, a woman who is homeless and sleeping on the steps of a local downtown agency mere blocks from where Drina’s death occurred, is raped twice by two different men. This is caught on a surveillance camera outside of the agency and there are yet to be any arrests made in this case. We must ask ourselves what if anything has changed since Drina’s death, as such violence due to lack of access to safe space continues to happen? Toronto is in the midst of a crisis situation with regard to shelter bed capacity and lack of safe and affordable housing. Addressing the lack of access to women-only safe space is one necessary step in the eradication of violence against women generally.

It’s not that there wasn’t ongoing evidence in the ensuing 28 years from Drina’s death to the sexual assault of the woman sleeping on the stairs that alarm bells and warnings have not been sounded. In 2007, two Toronto agencies,Street Health and Sistering, released a report on the effects that homelessness has on women’s health and well-being. The results of the report indicated that 37% of the homeless women interviewed reported being physically assaulted in the past year, and 21% reported being sexually assaulted. This report combined with Dr. Stephen Hwang, of St. Michael’s Hospital, 2004 study, that homeless women between the ages of 18-44 have a 10 times higher mortality rate than women the same age that had safe housing showed a bleak picture. The women in that study were experiencing the violence of the street combined with serious mental health and substance use issues.

Service providers who work with women experiencing homelessness hear stories every day from women who have been assaulted on the street. As well, many women will find refuge from the street by sharing space with men that either demand sex in exchange for shelter and/or behave violently toward the women.

There is much work that needs to be done to create safe space for homeless women. There needs to be a range of housing and supports. This would include women-only easily accessible emergency space to permanent housing with everything from high supports to independent units. This would go a long way to keeping women safe. Equally important, is to acknowledge the systemic nature of violence in women’s lives, and that while homeless women may have higher rates of violence they also were likely to be assaulted in their childhood and adult homes, and that the issue of violence against women runs deep in our society. As we look to provide safe spaces for homeless women we must also continue to work to change the overall structural conditions that endanger women lives and strive to create a culture where violence against women is completely unacceptable.