In the capital city of one of the wealthiest countries in the world, young people ought not to be living on the streets, engaging in sex work to survive, and becoming enmeshed in drug cultures and illegal activities that put them at even greater risk of harm and violence.

This report details Ottawa's remitting reality where youth are being exposed to these risks and more, through a process that creates their homelessness. Youth homelessness is not inevitable. One can see how the youth are 'created' as homeless simply by looking at the most haunting and recurring theme, that which is echoled throughout the first-hand accounts from youth documented in this report: points of failure. In each of the young lives described are numerous points at which a school, agency, detention facility, household, adult etc. had one or more opportunities to positively impact the young person's life. At a quick glace, it may seem that these young people are an anomaly, a minority that flew under the radar, but this is false. They have many points of contact with people and organizations that had the power and knowledge to help them; and yet they were not helped. These points of contact became points of failure, which were then repeated through encounters youth had with adult systems. This is why we use the language of "creating" and "recreating" young people to be homeless.

This report advoctes for a wake-up call, not a meandering diffusion of awareness. There is no time for that. This is a call to action: to stop allowing and encouraging youth homelessness within our cities; to prevent young girls from contentious living where they are created as easy targets for sexual abuse; to stop putting transgender youth in places where they are subjected to bullying segregation, abuse and without even the medical assistance they may require; to stop typecasting First Nations, Inuit and Métis youth as lost causes and sticking them in shelters where their cultures are unknown, unrecognized and inaccessible to them; to stop ignoring the increased risks specific to identifying as a newcomer to Canada; to stop ignoring the need for safe spaces, for greater availability and visibility of programs and supports for LGBTQ2S+, newcomer, First Nations, Inuit, Métis, and all homeless youth. 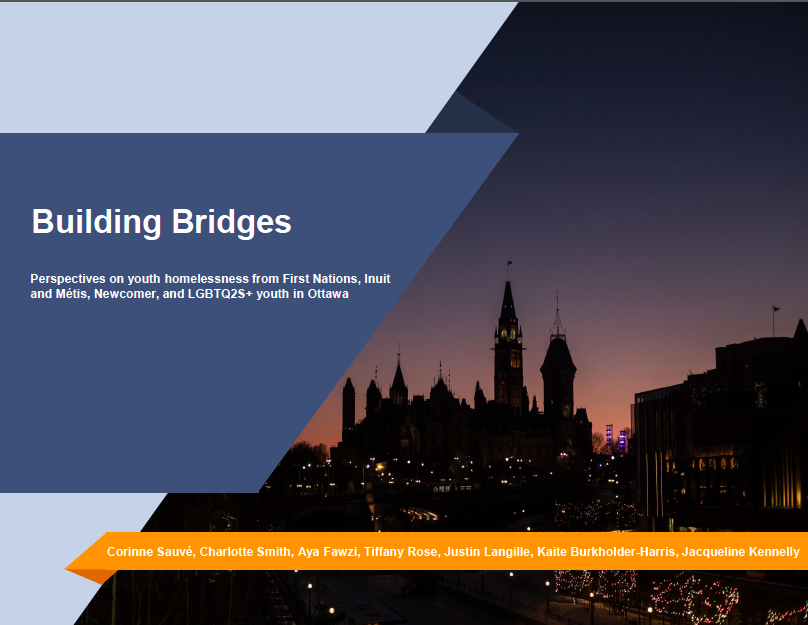