My name is Louanne. I'm forty years old, and I can honestly say that until two years ago, I never had a place to call home. I was born on the Burin Peninsula in Newfoundland and came from quite a large family. I was never a happy child and I really don't know why. As a teenager, I got into a lot of trouble. By the time I was 16, I was in and out of hospitals and that continued for almost 23 years. When I was not in a psychiatric hospital, I was living on the street. I worked as a prostitute and many nights, when no money was made, I ate out of garbage bins or bummed change to survive. Sleeping in the park on a bench was a regular occasion, even in the winter. Social services would only approve a certain amount of money and the places you could get with that money, well, put it this way, I was better off in the streets

In the early 1980s, I went to a place for young girls called Patrick House. Now it is known as Naomi Centre. I still kept ending up at the Waterford, a psychiatric hospital. While at the hospital, a social worker told me about a program called Emmanuel House. So in 1985, I gave it a try. Of course, I still wasn't ready. Then I got into serious trouble with the law and received a sentence of two and a half years. I was in Springhill, Nova Scotia and getting ready to be released on parole when I was asked if I wanted to do my parole at Carew Lodge. I stayed there until I completed my parole.

It was at this time I realized that all of these places I've mentioned were one organization - Stella Burry Community Services - and how much they cared and wanted to help. When I first told family and friends, they didn't understand why I kept with this organization after failing many times with the others. The fact is they were always there to help, no matter what. Most people who have problems need support like that to accomplish things in their lives.

Stella Burry's Community Support Program has got me where I am today. I have two female home support workers and I never feel alone. In March of 2003, I entered the short-term stay unit at the Waterford Hospital. I decided with a team, which included Stella Burry staff, to try and come off meds. After 24 years, the thought was scary. But I did it. Since then, I take no meds, don't see a psychiatrist and haven't been in the hospital. I couldn't have done this without their support. My life has changed a lot. I have lost over 250 pounds and have been living in one of their apartments for almost two years. For the first time in my life, I feel I have a place to call home. I just recently completed a cooking course and have been hired full time to work in the Hungry Heart Café owned by Stella Burry Community Services. I never dreamed of any of this, but with support from many people, my dreams are coming true. There are still times when things are rough, but I know I have an amazing group of people who are willing to help every step of the way. So please don't give up on your dreams, because if anyone can help you achieve your dreams it is Stella Burry Community Services. Their slogan is "Hope Lives Here". They gave me hope and maybe they can give it to you. If you give up, I can promise you this – they won't give up on you. 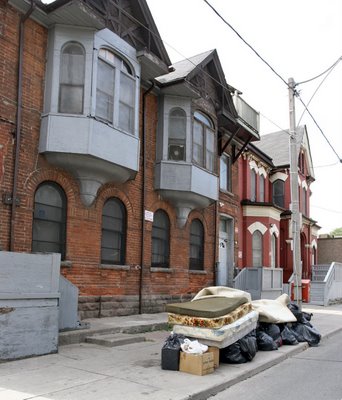