If I was to speak of homelessness, I suppose I would have to tell a bit of my history so here I go.

I was thrown out of the house when I was thirteen by my ultra-conservative parents who didn't quite know what to do with me. I believe they meant well but in the end, I nearly starved. I didn't know what a "soup kitchen" was or what the term "panhandle" meant. And sadly, where I was in no state of mind to work, I started thieving, the details of which I wish not to express; it was not a proud time….

I developed something of a drug habit (ecstasy and ketamine). I continued this way for I do not know how long… over a year anyway. When I was at my wit's end, as luck should have it, I met some punk rockers, and I started hanging out with them. I put down the drugs and picked up the bottle.

They took me to the soup kitchen and brought me panhandling with them. They told me stories of the rest of Canada, of hitchhiking and hopping trains. I fell in love with the idea of an adventure (it also terrified me). Within the next couple of years, I visited all of the Maritimes by way of hitchhiking. I was no longer homeless. Everywhere was my home.

I lived out of a backpack, which has all a home needs. A sleeping bag and cardboard, my bed; a lighter and a pan, my kitchen; a tarp, my roof; and, my bathroom, well, "the world is my bathroom."

I was a traveler. After a while, I had friends in every city in the Maritimes. I knew all the drop-ins and all the soup kitchens. I met Dorothy. This woman is an angel. She runs a drop in Halifax called The Ark. It is the best run, most caring place in Canada.

You can tell she actually cares for us, unlike most of the government-run places like SYJA in Ottawa or Choices in Newfoundland. Terrible. Everyone there's just trying to earn a cheque, not really caring. Volunteers are the only ones who seem to really want to help people.

And so, I broadened my horizons and set my sights on British Columbia. The first year I made it to Ottawa (no one makes it across Canada the first year), making frequent trips to Toronto and Montreal. I camped for that winter in a shack made of crates and cooked over fire. I found we are tougher than we think.

The following summer, I was in Montreal and met some hobos there who would show me the ropes (it is highly unadvisable and dangerous to try hopping trains, without a guide). And so I started hopping trains - first east, then west. Before I knew it, I was quite knowledgeable on the rail system and got to know every major city in Canada, from Winnipeg to Victoria. I worked the winters in Calgary and lived in shitty little rooming houses.

I have not stayed in a shelter more than two times in my life and only in emergencies while hitchhiking in the winter.

I now reside in Newfoundland with the intent to acquire a passport and further my travels. 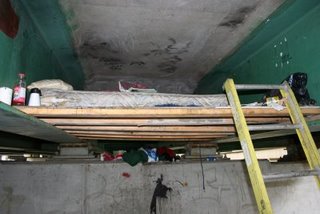