Reclaiming Power and Place: The Final Report of the National Inquiry into Missing and Murdered Indigenous Women and Girls

Indigenous women, girls, and 2SLGBTQQIA people in Canada have been the targets of violence for far too long. This truth is undeniable. The fact that this National Inquiry is happening now doesn’t mean that Indigenous Peoples waited this long to speak up; it means it took this long for Canada to listen.

More than 2,380 people participated in the National Inquiry into Missing and Murdered Indigenous Women and Girls, some in more ways than one. Four hundred and sixty-eight family members and survivors of violence shared their experiences and recommendations at 15 Community Hearings. Over 270 family members and survivors shared their stories with us in 147 private, or in-camera, sessions. Almost 750 people shared through statement gathering, and 819 people created artistic expressions to become part of the National Inquiry’s Legacy Archive. Another 84 Expert Witnesses, Elders and Knowledge Keepers, front-line workers, and officials provided testimony in nine Institutional and Expert and Knowledge Keeper Hearings.

The truths shared in these National Inquiry hearings tell the story – or, more accurately, thousands of stories – of acts of genocide against Indigenous women, girls, and 2SLGBTQQIA people. The violence the National Inquiry heard amounts to a race-based genocide of Indigenous Peoples, including First Nations, Inuit and Métis, which especially targets women, girls, and 2SLGBTQQIA people. This genocide has been empowered by colonial structures evidenced notably by the Indian Act, the Sixties Scoop, residential schools and breaches of human and Indigenous rights, leading directly to the current increased rates of violence, death, and suicide in Indigenous populations. 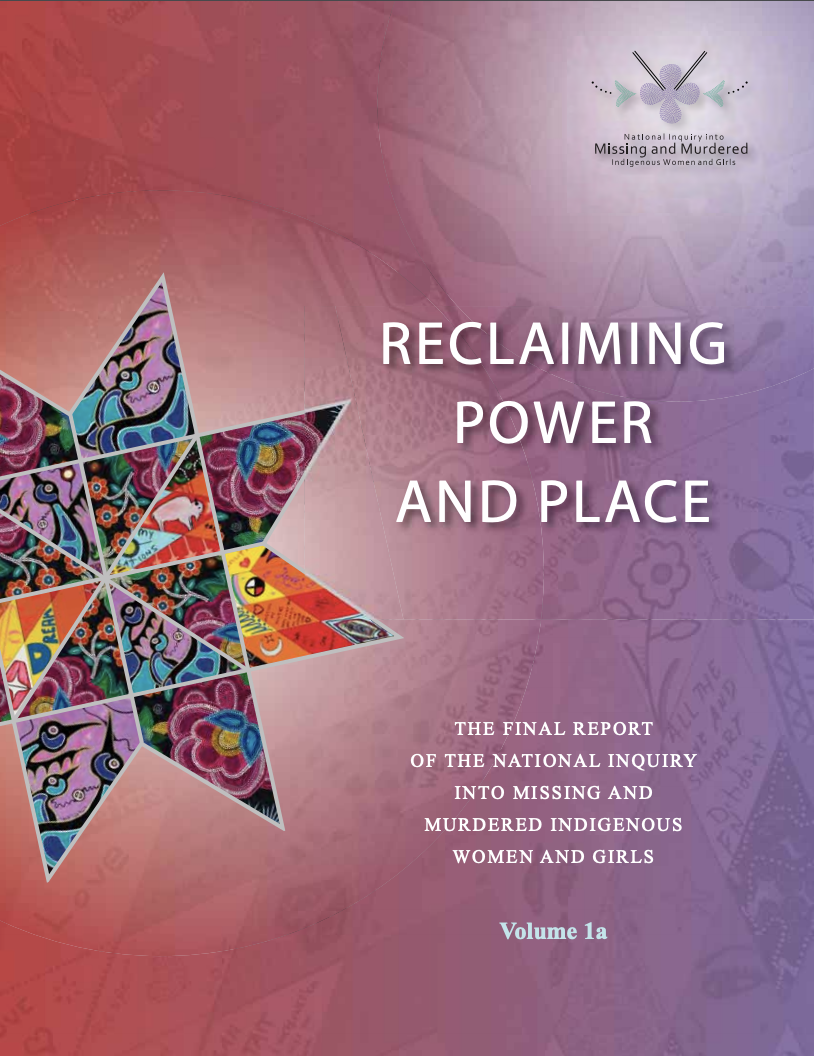